Any surgery of a patient has been divided in three parts.

After completion of the main operative procedure/surgery,initially patient is transferred in to the ward, where proper care should be taken by the hospital staff and his relatives.
Post-operative care mentioned in Ayurveda Classics Usually patient is advised to take nothing by mouth prior and after 6-8 hours of the main operative procedure. After completion of the surgery, he is under effect of anaesthesia for some time, even he may loss some blood during operative procedure and certainly he may feel mental stress during the entire procedure, so ultimately he must be feeling weak from healthy one. Even his digestive power is being weak.
He may be feeling of mild to moderate pain at the operative part. And sometimes due to the side effect of the anesthesia, he may be complains of back pain, headache, incontinence of urine and abdominal discomfort. For restoring patient’s house/ ward which is free from dirt, direct wind, direct sunlight, heavy breeze and insects such as flies’ mosquitoes etc.

Initially he should avoid to take freshly harvested grains, black gram, sesame, cow peas, things which are sour, salty and pungent in taste, jaggery, eatables made from fine flour, dry meat, dry vegetables, meat and fat of animals living in marshy places and water such as fish, beef, pork etc., cold water, milk pudding, milk, buttermilk etc. as these eatables belongs to ‘Dosha Samjanana Varga’ (Group causing aggravation of Vata, Pitta and Kapha) and indulgence of these things will produce pus at the operative site.

The consumption of alcohol (such as wine, whisky, jinn, rum, vodka etc) should be avoided as they can damage the wound /operative site quickly- being sour in taste, dry, strong and having hot potency and quick action. He should also avoid dislike foods. The patient should keep himself busy in worshiping the god and other spiritual activities so that his mind and body will become full of positive energy. Both the priest and
the physician should perform ‘Raksha Karma’ (Protective rites) daily during the union of the day and night (early morning and early evening) as stipulated in epic i.e. Rigveda, Saamveda, Yajurveda, Atharv-veda and other benedictory hymns.

‘Ayurvedic fumigation’ (Dhupan karma) should be done up to initial ten nights, twice a day after surgery using leaves of ‘Nimba’ (Azadirachta indica), Mustard seeds added with Ghee (Clarified butter) and Rock salt (Saindha Namak). Some special herbs i.e. Vacha (root of Acorus  alamus), Ativisha (root of Aconitum heterophylum), Shatvirya (root of Asparagus racemosus), Brahmi (root of Centella asiatica), Jatamamsi (root of Nordostachys jatamansi) should keep under the cap weared by the patient. By resorting of the above activity initial after the surgery being performed, virus and bacteria is getting away from the patient just like other animals run away from the forest invaded by the lion.

‘Ashtaguna Mand’ – A thin gruel made by eight drugs i.e. Moong beans and Rice fried in Sesame seed oil with the toppings of Dry ginger powder, Black pepper powder, Long pepper powder, Coriander seeds powder, Asafoetida and Rock salt. This gruel is very much powerful for increasing the digestive power of the patient and helps to produce new blood in the body. This gruel helps the patient to come out from the side effects of the anaesthesia such as incontinence of urine flow, abdominal discomfort. This gruel restores the patient’s energy level quickly. So after surgery, patient should start his diet with this ‘Ashtaguna Mand’. 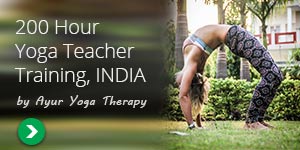 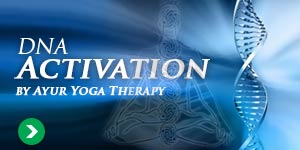 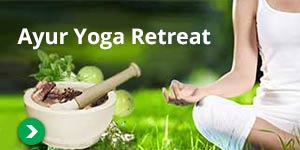 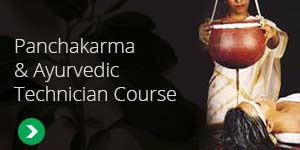 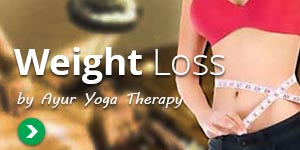